Ð’ÐµÑÐµÐ»Ð¸Ñ… Ð¡Ð²ÑÑ‚!  Hope you all enjoyed Christmas! Here are the press outlets that published a story for us:

Sadly, nothing from the presses here in Toronto.  On CTV Toronto News they did show a clip of svyate vechera at the Golden Lion here in Toronto’s West end.

Here are some photos from my dinner: From the Times (UK):

With all the seriousness that it can muster, the Commmunist Party of St Petersburg has accused the new Bond girl of treachery. Its argument rests on two claims: that Bond films are Western propaganda, and that Olga Kurylenko – for that is her real name – was raised and educated free of charge by the Soviet Union, which she now implicitly attacks by appearing alongside a British spy so influential that his real-world status as the embodiment of a thousand escapist fantasies is immaterial.

Kurylenko is 28 and from Ukraine. This means that the Soviet Union actually relinquished her to free markets and democracy at the age of 11, having thoroughly oppressed, irradiated and impoverished her country first.

But the article takes an odd twist:

Still, the St Petersburg Communists have a point. How would we feel if Daniel Craig defected to Moscow to star in the new wave of patriotic Russian films that the Prime Minister Vladimir Putin has promised to fund? Or if John Cleese, nurtured and lionised by British audien- ces from the era of Monty Python to his accession to the mythic role of Q, signed on to the payroll of resurgent Russian nationalism and gloried in their gadgets?

Do the Communists in Russia really have a point?Â  I commented on their page asking if the author felt that Bollywood (India’s Hollywood) had the right to exist after independence and their own Victorian Holocaust that killed between 12 and 29 million people, with a story very similar to the Holodomor:

These people were, he demonstrates, murdered by British state policy. When an El NiÃ±o drought destituted the farmers of the Deccan plateau in 1876 there was a net surplus of rice and wheat in India. But the viceroy, Lord Lytton, insisted that nothing should prevent its export to England. In 1877 and 1878, at the height of the famine, grain merchants exported a record 6.4m hundredweight of wheat. As the peasants began to starve, officials were ordered “to discourage relief works in every possible way”. The Anti-Charitable Contributions Act of 1877 prohibited “at the pain of imprisonment private relief donations that potentially interfered with the market fixing of grain prices”. The only relief permitted in most districts was hard labour, from which anyone in an advanced state of starvation was turned away. In the labour camps, the workers were given less food than inmates of Buchenwald. In 1877, monthly mortality in the camps equated to an annual death rate of 94%.

As millions died, the imperial government launched “a militarised campaign to collect the tax arrears accumulated during the drought”. The money, which ruined those who might otherwise have survived the famine, was used by Lytton to fund his war in Afghanistan. Even in places that had produced a crop surplus, the government’s export policies, like Stalin’s in Ukraine, manufactured hunger. In the north-western provinces, Oud and the Punjab, which had brought in record harvests in the preceeding three years, at least 1.25m died.

I’m still waiting for my comment to be approved.

From the Tameside Advertiser:

TAMESIDEâ€™S Ukrainian community gathered this week to mark one of the darkest hours in its peopleâ€™s history.

Scores of people with family ties to the former Soviet country filled Ashtonâ€™s Ukrainian Club to remember the famine of 1932-3.

Martyn Chymera, of the UKâ€™s Holodomor Commemoration Committee, said: “For a long time the Holodomor was hidden behind the Iron Curtain. But this is a chance to tell the world â€” itâ€™s such a significant part of history. People should be aware of it as they are aware of other tragedies.”

Ukrainians all over the world want the famine officially recognised as genocide.They say that the United Kingdom and other countries need to accept that Soviet dictator Joseph Stalin deliberately starved millions of Ukrainians in order to suppress dissent across the Soviet Union.

Mr Chymera added: “The British government probably are scared of the Kremlinâ€™s reaction and want to keep good relations with Russia.”

The Ukrainian community in Tameside dates back to about 1946, when Ukrainians started entering the UK after World War Two. Many of them headed for Yorkshire and Lancashire, where they set up communities in mill towns. 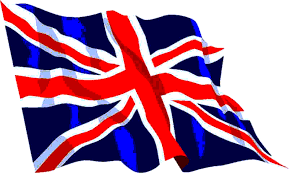 As the Holodomor is crosses the Atlantic to its first European stop in the UK, some media buzz has been generated anticipating its arrival: