Here is a recap of how the medal race is going after day 4 of Olympic competition for both Canada and Ukraine:

The result will put the 30-year-old Heymans into the history books as she becomes the first female diver to reach the podium in four consecutive Olympic Games.

Edit: Minutes after I posted, Canada picked up two more Bronze medals, then a few hours later another Bronze:

Just before lunch in Canada, Christine Girard of White Rock, B.C. won the fourth bronze of the Games in the women’s 63-kg. category. 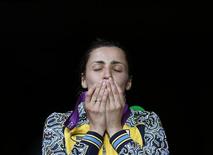 Ukraine’s Yana Shemyakina won gold in the women’s individual epee after a nail-biting 9-8 extra-time win over reigning Olympic champion Britta Heidemann of Germany at the London Games on Monday.

Twelfth seed Shemyakina was a surprise winner, having worked her way through the preliminaries.

And the Olympics are not without controversy already: 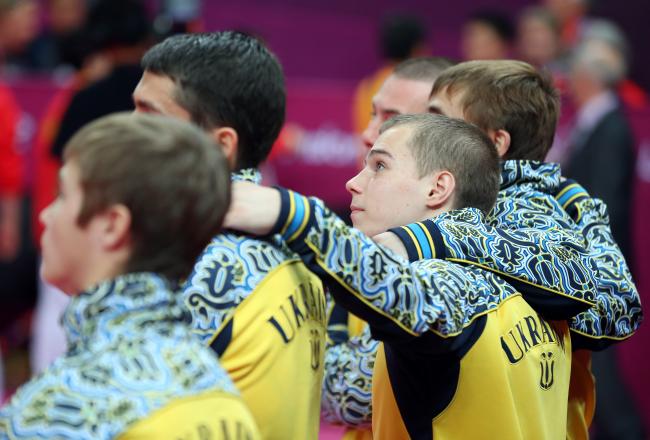 For a glorious moment, the team (Ukraine) was able to revel in the fact that, after a late miracle, they were the bronze medalists in the men’s team gymnastic competition in the 2012 Olympics.

Unfortunately for them, that miracle proved to good to be true, and Ukraine was all of a sudden out of the medals in fourth place. That fourth-place finish is territory that very few felt Ukraine could occupy. Most did not consider them a legitimate medal threat.

Consequently, that fourth-place finish should be a great source of pride for the team. Instead, it will now be tinged with the memories of losing a medal they very temporarily owned. Due to a judge’s error, the Ukrainian team must now reconcile the feelings of losing out on a medal they thought they had.

The scoring error occurred on Japan’s Kohei Uchimura pommel horse routine. He fell on his dismount and was initially awarded a score of 13.466. This was low enough that it caused Japan to fall from second to fourth, which moved Great Britain and Ukraine up to second and third respectively.

However, Japan filed a protest and after minutes of deliberation it was concluded that the judges did not give Uchimura a high enough difficulty score, and his score was raised enough for Japan to hold onto second. As a result, the sport now has a new, highly-visible black eye.

And some bazar actions are revealing true intentions:

Ukraine and Georgia have protested that descriptions of some Russian athletesâ€™ birthplaces on the official London 2012 website make the countries seem like part of Russia.

It seems we are turning back the clock on progress:

The Ukrainian parliament’s press service has announced that a controversial language bill that gives Russian the status of “a regional language” in 13 of Ukraine’s 27 regions has been signed by the speaker.