The patriarch of the Russian Orthodox Church has arrived in Kiev for a 10-day visit aimed at reasserting Moscow’s dominance over the church’s leaders in Ukraine.

Patriarch Kirill said Monday he would pray for the two nations’ "unbreakable spiritual and church unity." The statement was a reference to Ukrainian President Viktor Yushchenko’s efforts to establish an independent Orthodox Church in Ukraine.

The country’s main Orthodox church answers to Kirill, but some 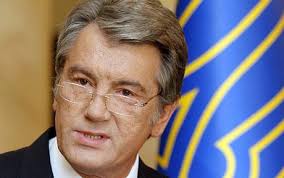 church leaders have proclaimed themselves independent of Moscow and have been gaining popularity and political support from Yushchenko.

The president is encouraging church leaders in Ukraine to shake off Russia’s spiritual and political grip.

(Wow the Associated Press got it right!). And while the President is trying to establish an independent church free from Muscovy rule, the pro-Russian opposition has a different view of the Patriarchâ€™s visit:

The visit by Patriarch Kirill of Moscow and All Russia to Kiev will unite the Ukrainian people, said leader of Ukraine’s Party of Regions Viktor Yanukovich.
"I think this very landmark visit will unite the Ukrainian people, unite the Orthodoxy. I think new and better times are coming," he told journalists on Tuesday at the Kiev Monastery on the Caves where Patriarch Kirill had performed a church service.
Yanukovich said he has not spoken personally to the Russian Church Primate yet. "I think this will happen at today’s function," he said.

Gladly, the BBC among other news outlets can see this visit for what it truly is:

Thousands marched through the Ukrainian capital on Tuesday to protest against the patriarch’s visit.

Demonstrators carried placards denouncing what they see as Russian interference in their country, and in support of the Kiev Patriarchate.

This is what makes Patriarch Kirill’s visit to Ukraine so divisive, our correspondent says.

Nationalist groups, many Ukrainian-speakers and the congregations of the Kiev Patriarchate see him less as a religious pastor, and more as a political activist seeking to boost the Kremlin’s influence in their land, he adds.

For anyone whoâ€™s unfamiliar with Ukraineâ€™s church politics:

Whatâ€™s more interesting is the Patriarchâ€™s anti-genocide position on the Holodomor:

Patriarch Kirill of Moscow and All Russia has said that the Holodomor (the 1932-1933 Ukrainian famine) is one common historical tragedy both for Russians and Ukrainians.
"This [Holodomor] was a common misfortune for all the people who lived in the same country at the time," the Patriarch said on Monday after visiting together with Ukrainian President Viktor Yuschenko a monument to the famine victims in Kiev.
The Patriarch urged all believers to pray so that this tragedy never happens again and "so that none of these tragic events of our history hampers our fraternal communication," Patriarch said.
Hopefully, the Holodomor and related "tragic circumstances of our history" will not encourage the development of the "fratriphobic philosophy of history," the Patriarch also said.