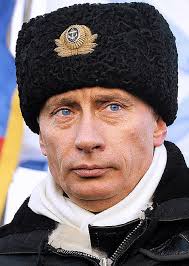 TIME Magazine has posted their 100 Most Influential people, and tech-saavy Russophiles have been upvoting Vladimir Putin to the top. As of this writing heâ€™s at #3, where do you think he belongs? Vote!

His bio is just plain ridiculous, who writes this stuff:

PRO: His steely-eyed fondness for Cold Warâ€“era diplomacy led to the invasion of Georgia and a showdown with the Ukraine over Russian-controlled gas lines.

CON: Anti-Putin protests are mounting, thanks in part to the country’s economic mess. And, as if you needed further proof that he’s the world’s most powerful ’70s nostalgist, Putin recently hired an ABBA tribute band to play a private gig.